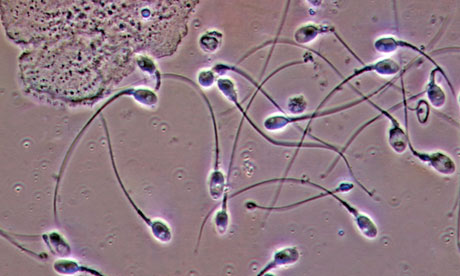 Sperm donors who know the parents can apply for contact with their biological children, a court has ruled. Photograph: Alamy

Sperm donors who know the parents to whom they have donated can apply for contact with their biological children, a court has ruled. Previously this was not allowed.

Following Thursday’s ruling straight and gay couples who are considering conceiving using a sperm donor they know are being urged to establish the childrearing equivalent of a pre-nuptial agreement – a co-parenting deal.

The male couple applied to the family court for contact and residency of their biological children. The women contested the application, saying that this would infringe on their family life, but lost. Under the Human Fertilisation and Embryology Act same-sex couples are legal parents of children conceived through donated sperm, eggs or embryos in the same way that heterosexual couples are.

The rights of the family bringing up the child must also be considered.

The two lesbian couples and the gay male couple entered into the reproduction agreement amicably. However, nothing was put in writing about how parenting duties would be divided and, following the births, of the children relations became tense as the two fathers wanted more contact than the women were prepared to grant. There is disagreement between them about the access arrangements agreed verbally.

Kevin Skinner, of Goodman Ray solicitors, representing one of the lesbian couples, said: “The Human Fertilisation and Embryology Act 2008 for the first time ensured that same sex parents were recognised in the same way as heterosexual families.

“Although the judge’s decision makes clear that the family unit should be protected, the possibility of sperm donors being able to apply for orders will be a scary prospect for many parents, both gay and straight.

“What is crucial is that anyone planning on having a child through the use of fertility treatment should make sure that proper plans are in place before the process begins.”

Current legislation enables the civil partner of a woman who carries a child via IVF to be recognised as the child’s legal parent whilst retaining a duty to take account of the welfare of the child in providing fertility treatment.

Permanent link to this article: https://operationfatherhood.org/family-law-private/sperm-donor/uk-sperm-donors-who-know-parents-can-apply-to-see-children-court-rules/