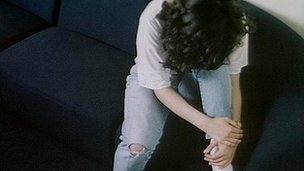 The council deals with cases referred by police, schools and women’s aid groups.

Cardiff council is taking on more social workers after some staff said an “excessive” workload risked their ability to protect at-risk children.

The local authority has found £250,000 to hire five agency staff and plans to employ eight permanent staff in April.

An inquiry found staff were dealing with up to 40 cases of vulnerable youngsters, usually referred by police and schools – twice that recommended.

The council’s executive is to consider a report in the issue on Thursday.

The city’s social services, one of the largest in Wales, saw a 19% rise in referrals to its children’s services department in 2011, although this rise was reflected at councils across the UK.

If they are making a commitment to full-time appointments, it’s probably an investment that they need to make”

A scrutiny committee task group inquiry found staff dealing with such referrals had concerns about their ability to protect children and young people due to “perceptions of excessive work load, poor supervision and overall shortage of staff”.

Among the inquiry’s key findings was that the team considered “crucial to the immediate identification of children at risk” was severely under resourced with its two staff “frequently diverted to non social care calls”.

It said the “burdensome” paperwork social workers had to deal with should be cut “to enable them to focus on the protection of children”.

And it also found that the council’s policies and procedures “sometimes even acted to obstruct” staff recruitment and their ability to respond flexibly to work demands.

‘Matter of urgency’The local authority’s executive meets on Thursday to discuss the report, which recommends that they:

He said: “The consistent message that we’ve been getting from our members is of excessive workloads.

“If the local authority is looking to increase the workforce, we would welcome that.

‘Continue funding'”We don’t encourage agency work but on balance, if they are making a commitment to full-time appointments, it’s probably an investment that they need to make.”

In a statement, Cardiff council said: “The funding for the eight additional social worker posts has been made available in the current year, 2011/12, to increase the number of social workers available at the intake and assessment service.

“The executive’s draft budget proposals for 2012/13 includes a proposal to continue this funding.”

Permanent link to this article: https://operationfatherhood.org/welsh-government/wales-cardiff-child-protection-social-worker-agency-and-staff-jobs-added/