UK – Fewer couples think an affair is a reason to divorce

UK – Singer Jamelia: Why do we still vilify single mothers? 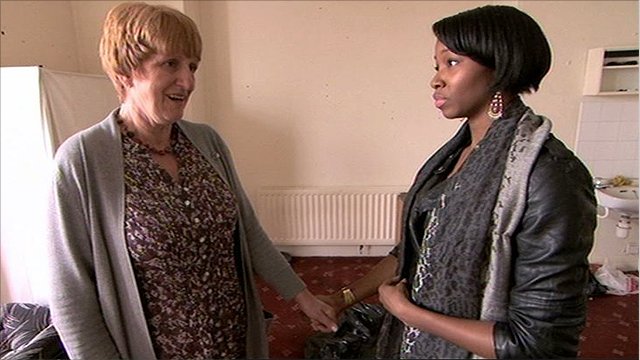 As one of 1.8 million single mothers living in Britain, Jamelia feels they are still demonised in the media and stigmatised with a sense of shame, shared with single mums in the past.

“It’s like the club that no-one wants to join,” says Jamelia who is raising her two daughters, 10-year-old Teja and five-year-old Tiani, as a single parent.

The 30-year-old pop and R&B singer-songwriter’s daughters have two different fathers, which she is “not proud of”.

Teja’s father was her first love, but Jamelia found herself in a domestically abusive situation. She gave birth to Teja when she was 19, and having a child gave her the strength to leave.

With the father of her second child Tiani, she remembers getting to a point in their relationship where they were just being horrible to each other.

“I was brought up by a single mum and I always dreamed of having the perfect nuclear family for my own children, but things didn’t turn out that way,” she says.

“Like any mum I love my children to bits, but now that I’m on my own I feel judged by others and disappointed with myself for not doing it the right way.”

In the past, single mothers were often treated as outcasts in society, ostracised and pressured into giving up their baby for adoption because of the shame of giving birth outside of marriage.

Jamelia feels there is a social stigma that has never completely gone away and feels compelled to overcompensate as a parent.

“Your child doesn’t have that mummy and daddy situation which is in every single story book… even if it’s the prince and the princess in the palace, the king and the queen,” she says.

“I don’t want my child to feel as if she’s missed out. I want her to feel like she’s had as full and as round an upbringing as any child in any environment.

Professor Michael Lamb, head of the department of social and developmental psychology at Cambridge University, has spent 30 years studying what happens to children brought up in single parent families and says single mothers are effective parents.

“Most single mothers are raising their children as well as most two parent or married or cohabiting mothers,” he says.

A hundred years ago, the only option for an unmarried, pregnant woman who had no means of supporting herself was the workhouse.

It was my baby, but in my head I knew that I had to give her up”

During World War II the number of women having babies out of marriage increased and there were more women raising children on their own with their husbands away at war.

However it was still thought of as shameful to be an unmarried mother.

Micheline’s mother was a fashion designer from Leeds who came to London in the summer of 1940. She met Micheline’s father, an airman in the Free French Air Force, in a dance hall.

“She was an extremely proper person,” says Micheline, “so although she was out dancing and merry-making she was not the kind of girl who would go and have sex with anybody.

“My father said he would marry her as soon as the war was over and she believed him. He came back in 1945 after I’d been born, stayed for a week and disappeared forever.

“She just changed magically from being Miss O’Sullivan to Mrs O’Sullivan… she just managed to keep a low profile because the anxiety was if you had a baby and you weren’t married somebody somewhere might come and take it away from you.”

Micheline and her mother lived a secluded, hermit-like existence, staying away from anyone in authority.

Micheline still feels uncomfortable talking about their situation. Because of this silent fear, there is no way of knowing how many other single mothers had to hide their babies away during the post-war years.

The swinging 60s, although often thought of as a time of sexual liberation and free love, were far from enlightened for many women.

There were very few birth control options available at the time, no sex education and abortion was illegal until 1967. Women could not go on the pill unless they were married.

Padmini Staple was 16 when she discovered she was pregnant in 1965. She had to leave college and was sacked from her Saturday job for being unmarried and pregnant.

Her father took her to a mother and baby home in Newcastle and left her at the door with her bag. She stayed at the home, only leaving to go to hospital to give birth to her baby daughter on her own.

She remembers instantly bonding with her child: “I can remember falling in love, because the moment I clapped eyes on her I didn’t want to give her up. I felt the longing to have her, to hold her, to keep her.

Adoptive parents were found and Padmini was given only a day’s notice before she had to take her daughter to the Moral Welfare Workers’ office in Newcastle to hand her over to her new parents.

“I kissed her goodbye and hugged her and told her it was for the best,” says Padmini.

Padmini went on to have a son but never forgot the daughter she had to give up, and 33 years later managed to track her down in New Zealand. They are still in touch.

It was not until the 1970s and 80s that single mothers had more choices and greater freedom.

By the 1990s there were 1.3 million single parents in the UK, but the political climate had also changed and single mums began to be stereotyped in the media, often depicted as living off the state.

Journalist Julia Hartley-Brewer says the media has been guilty of “caricaturing” single mums, but stresses that we should not pretend that lone parenting is a “positive lifestyle choice”.

“It’s not a bad one, but it’s not the best one, so why don’t we encourage people for the best one,” she says.

Jamelia believes that media stereotypes and past attitudes to single mothers are part of the reason why single parents still feel stigmatised.

“What single mothers deserve more than anything,” she says, “is respect.”

Jamelia: Shame about Single Mums will be broadcast on Monday 29 August at 21:00 BST on BBC Three

Permanent link to this article: https://operationfatherhood.org/other/documentaries/uk-singer-jamelia-why-do-we-still-vilify-single-mothers/