ENGLAND – The Lord, the Lady, her lover and the £17m divorce 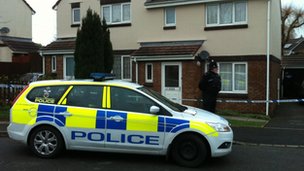 The boy’s body was found in Champernowne.

A woman has been arrested on suspicion of murder after the death of a two-year-old boy in Devon.

The body of the boy was discovered after police were called to a property in the Champernowne area of Modbury at about 08:20 GMT.

A 40-year-old local woman was arrested and taken to Charles Cross police station in Plymouth for questioning.

Devon and Cornwall Police said an investigation was ongoing into the death.

Permanent link to this article: https://operationfatherhood.org/other/child-murder/england-murder-arrest-after-death-of-two-year-old-boy/