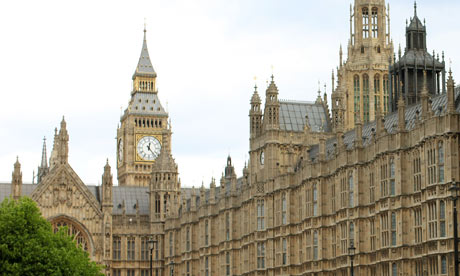 Many MPs will see their constituencies merge with others, which could lead to an election battle with someone from their own party. Photograph: Graeme Robertson

A series of clashes between high-profile MPs from the main political parties will take place at the next general election, after the boundary review unveiled bigger than expected changes to England’s parliamentary constituencies.

As anxious Conservatives warned their whips on Monday night of a rebellion against the changes, which will have to be approved by the Commons, MPs across the house were ready for bruising battles.

Vince Cable leads a list of senior Liberal Democrat MPs who face major changes to their constituencies. Large chunks of Cable’s Twickenham will be joined with Richmond, setting up a possible clash at the election between the business secretary and Zac Goldsmith, Tory MP for Richmond Park. Cable may decide to stand in the new seat of Teddington and Hanworth which takes in much of his old seat of Twickenham.

The main changes in the review by the Boundary Commission for England, which is designed to reduce the size of the commons from 650 MPs to 600, include:

• A clash between two rising stars of the Labour: shadow justice secretary Sadiq Khan and shadow business minister Chuka Umunna. Their seats of Streatham and Tooting are combined into one.

• Major changes to the Chingford and Woodford Green seat held by Iain Duncan Smith, work and pensions secretary. Three strong Labour wards from Edmonton will be added to the seat, which becomes Chingford and Edmonton.

• Changes to George Osborne’s Tatton seat. He is said to be relaxed because he believes his seat remains largely intact under the new name of Northwich.

Tim Farron, Lib Dem MP for Westmorland and Lonsdale, will face a widely redrawn seat to be renamed Kendal and Penrith. This prompted speculation that Farron, seen as a future Lib Dem leader, would face a fight to remain in parliament. However, Tory sources feel the changes are gloomier for Rory Stewart, MP for neighbouring Penrith and the Border.

All MPs with English seats were given personal copies of the Boundary Commission for England report in parliament’s Portcullis House at midday on Monday before its publication at midnight.

Separate reports by the commissions for Scotland, Wales and Northern Ireland will be released later.

MPs sat in groups in Portcullis House poring over maps of the changes that will see the number of constituencies cut from 533 to 502. Tory MPs, who had been led to believe by their party leadership that the review would favour their party, were involved in tense discussions with their whips about the changes, which went further than they expected.

“We are not happy about this,” one senior Tory said. “There are MPs who gave up a lot to come here and now it looks like they face real fights. Whips have been coming up to us and asking how we are taking this. Not well is the message.”

The MP said it was possible that the changes might be dropped. “This is far more wide-ranging than anyone had thought. It wouldn’t surprise me if this is dropped. They’ll just say it is all too complicated and they’ll come back to it after the election.”

Simon James, secretary to the Boundary Commission, told BBC Radio 4’s Today programme that the proposals represented the most “significant change [to boundaries] for a generation”. He admitted the shakeup had led to some “interesting results” but said the commission was constrained by the “very tight rules handed to us by parliament”, which set limits on the size of the electorate within the new boundaries.

Downing Street sources said the prime minister, whose Witney constituency remains unchanged, was adamant that the changes will go ahead. The Tories and Lib Dems both pledged in their manifestos to cut the size of the Commons.

Cutting the number of seats from 650 to 600 is designed to save £12m a year and even up the size of seats. The Tories believe that Labour has an unfair advantage. The average size of the electorate in a Labour seat is 68,487, compared with 72,418 in Conservative seats. The average size of a Lib Dem seat is 69,440, mainly because it has proportionally more seats in Scotland where constituencies tend to be smaller.

Under the changes, a parliamentary constituency must have an electorate that is no smaller than 72,810 and no larger than 80,473. There will be exemptions.

Tory, Labour and Lib Dem strategists were working late into the night to assess the impact of the changes. Sources said it would take time to make a proper assessment. But in initial conclusions the Tories feared they had been handed many more marginal seats, though that could work in Cameron’s favour at the next election if there is a swing to the Conservatives.

The Lib Dems will face a challenge because changes to seats stretch the resources of a smaller party. But they point to the success of Sarah Teather, the education minister, who held on in the new seat of Brent Central.

None of the main parties commented publicly in detail on the Boundary Commission review but Ed Miliband criticised the government’s plans to cut the size of the Commons. “We have serious concerns about the government’s decision to change the boundaries, which we believe was an act of gerrymandering by the Conservative party,” the Labour leader said. “However the Labour party now intends to take time to examine the initial proposals before making our formal response.”

Pete Reeve, the Ukip local government spokesman, said: “It weakens the already tenuous link between the MP and his or her constituents. By increasing the size of the constituencies it will have the effect of pushing people away, rather than drawing them into the political process. Each MP will have to look after even more people, and there are precious few today who look after those they have very well.”

The Coalition Government announced on 20 May 2010 that it would bring forward a Bill on electoral reform which would make provision for the creation of fewer and more equal sized constituencies as well as for a referendum on the introduction of the Alternative Vote system for Parliamentary elections. The Deputy Prime Minister subsequently gave further details about the Bill on 5 July 2010.

The Parliamentary Voting System and Constituencies Bill was introduced on 22 July 2010 and introduces new Rules for Redistribution which make provision for the number of constituencies to be reduced to 600. This note looks briefly at the current Rules for Redistribution and at recent calls for the Rules to be changed; details of the length of time it has taken to carry out periodical reviews of Parliamentary constituencies are also given. A summary of the Bill’s main provisions is also included.

Summary of the Parliamentary Voting System and Constituencies Bill

The Bill creates new rules for the redistribution of seats which will require 600 constituencies in the Commons rather than the current 650. The rules will give priority to numerical equality as a principle, in that there will be a uniform electoral quota for the UK, and seats may not vary by more than 5 per cent from the quota, with some limited exceptions. Regular redistributions would take place every five years. The Parliamentary Boundary Commissions are to conduct a review by the end of September 2013 with subsequent reviews every five years.

The Local Government Boundary Commission for Wales is a separate body which is responsible for reviewing the boundaries and electoral arrangements of local authorities in Wales.

The Boundary Commission for England is the independent public body that reviews all Parliamentary constituency boundaries in England. They are currently conducting the 2013 Review and we would like your views on our initial proposals. This consultation is open until 5 December 2011

There are separate Boundary Commissions for Scotland, Wales, and Northern Ireland.

The Commission was established on 1 April 2010, when we took on the functions of the Boundary Committee for England.

The Commission is made up of a chair, a deputy chair, and four commissioners.

The independent Boundary Commission for England (BCE) today launches a 12-week consultation on its initial proposals for new Parliamentary constituency boundaries in England.

The BCE’s extensive consultation, which will include hosting a number of public hearings across England, will enable people to have their say in the design of the new constituency boundaries.

Further, every constituency must have an electorate (as at the review date) that is no less than 95% and no more than 105% of the UK electoral quota of 76641 electors….

Under the BCE’s initial proposals 77 of the existing constituencies are unchanged.

+ Links to regional reports (PDF) from this page

Boundary Commissions in the UK are non-departmental public bodies responsible for determining the boundaries of constituencies for elections to the Westminster (UK) Parliament, the Scottish Parliament and the National Assembly for Wales. There are four boundary commissions in the United Kingdom: one each for England, Scotland, Wales (Welsh: Comisiwn Ffiniau i Gymru), and Northern Ireland. The Commissions are currently established under the Parliamentary Constituencies Act 1986, most recently amended by the Parliamentary Voting System and Constituencies Act 2011. They were first established under the House of Commons (Redistribution of Seats) Act 1944. The Political Parties, Elections and Referendums Act 2000 envisaged that the functions of the Boundary Commissions would be transferred to the United Kingdom Electoral Commission, but this never took place. The Local Democracy, Economic Development and Construction Act 2009 repealed the relevant parts of the 2000 Act with effect from 1 April 2010.

Permanent link to this article: https://operationfatherhood.org/government-parliament/walesengland-boundary-review-angers-senior-mps/