ENGLAND – Children looked after in England, including adoption

Nearly 4,000 children in England were adopted from care in the year to March. 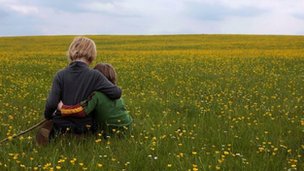 Various policies have been brought in to boost adoption numbers

The latest statistics from the government show an increase of 15% compared with the year before, and ministers say it is a record.

The government has a drive to increase the number of children adopted, saying a child’s life-chances are greatly improved if they are in a stable permanent home.

Officials say the figure is higher than in any year since 1992, when comparable records began.

Councils are now being compared against each other in league tables showing how many children are in care and how many have been adopted.

There are many supporters of the drive, but some have warned that adoption is not always the best option, and that other schemes such as children being looked after by members of the wider family group, should not be over-looked.

The statistics show a continued increase in the number of children being taken in to care.

That trend began following the death of Peter Connelly, who was 17 months old when he died after months of abuse in 2007.

Social workers were criticised for leaving the toddler with his mother and partner despite serious concerns.

The pair and another man were jailed over his death.

Children’s minister Edward Timpson said: “It is hugely encouraging that the number of children adopted from care has risen to the highest level yet – but too many children are still waiting too long for stable, loving homes.

“More needs to be done to recruit adoptive parents.”

Local councils have said they are playing their part in increasing adoption rates, but complain too many cases are held up by bureaucracy and delays in the legal system.

The government is pressing local authorities to do more, saying adoption should be considered as an option for more children and encouraging them to place babies with foster families who want to go to adopt them, so that there is less upheaval.

David Simmonds, from the Local Government Association, said: “It is heartening to see this record increase in the number of children being placed in loving homes. Councils have been working hard to recruit more adoptive mums and dads and are doing everything in their power to ensure that vulnerable children get the best start in life.

“We know that there is still much more to be done, and it will be vital that government works with local authorities and not against us.”

It has been estimated that about one in five adoptions breaks down, although the government’s adviser Sir Martin Narey says the figure is probably “half that”.

No national official figures are published for this.

Permanent link to this article: https://operationfatherhood.org/government-parliament/statistics/england-adoptions-show-record-increase/