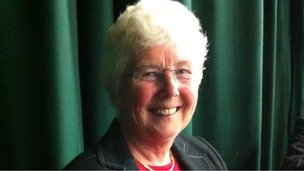 A commissioner has been appointed to oversee the transfer of Doncaster’s children’s services to an independent trust.

In July Education Secretary Michael Gove said Doncaster Council would be stripped of control of children’s social care over a “legacy of failure”.

Mr Gove has told the council to work with the new commissioner, Alan Wood.

He has also agreed to consider an alternative plan for the future of the service put forward by mayor Ros Jones.

Mr Wood is director of children’s services in Hackney and was one of the authors of a report which proposed the transfer of services in Doncaster to a trust.

He said a “decisive break” was needed to move on from failings that saw seven children die in five years.

Under Mrs Jones’ proposal the council, rather than Mr Wood, would commission an independent children’s trust which would have senior leaders from partner agencies on its board.

In a letter to Mrs Jones, Mr Gove said he would meet with her to discuss her model.

He said: “Your central proposition is, of course, that I should take a different approach to establish the trust, with significantly greater council involvement.

“I would like, when we meet, to understand, in particular, how that model would provide for a genuinely independent organisation able to operate single-mindedly.”

Mrs Jones replied: “Real sustained improvement is not simply about organisation design and I would have preferred that we could have continued with our own positive trajectory of progress.

“Given the government wishes to pursue an independent trust for children’s services, we, working with our partners and the wider sector, must influence a model that is fit for Doncaster and will give our children, young people and families the best possible service.

“We look forward to further dialogue with the secretary and his team as we believe we have a real opportunity to work together to create real innovation in service delivery that is tailored to Doncaster.”

Permanent link to this article: https://operationfatherhood.org/family-law-public/local-authorities/england-michael-gove-tells-doncaster-council-to-work-with-commissioner/