Myths about foster care are threatening a crisis in the service in the UK, a charity claims. 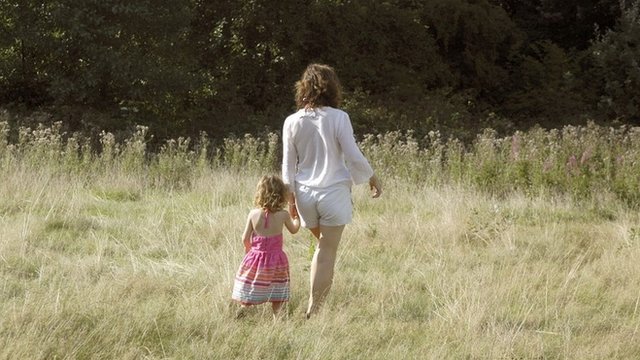 Carol Iddon, of Children’s Services at Action for Children, and Annette Madden, who has been fostering for over 20 years, spoke to BBC Breakfast

Some 10% of adults surveyed for Action for Children did not know fostering meant providing temporary care, confusing it with adoption.

And a large proportion believed those aged above 55, gay people, and men were barred from becoming foster carers.

“There is an urgent need to tackle these misconceptions,” said Darren Johnson, of Action for Children.

Figures produced by another fostering organisation have suggested at least 9,000 new foster families will be needed in the UK by the end of the 2013 to cope with record numbers of children in care.

The Fostering Network says there are now a record 61,700 children in foster care and with 13% of foster carers leaving the service each year there is an urgent need to recruit.

The Action for Children survey asked more than 2,000 adults about their attitudes to fostering.

One in three believed wrongly that you could not foster if you lived in rented accommodation.

A similar number were unaware that foster carers received financial support and wrongly thought they would be barred from foster care if they were not in full-time employment.

Many people also thought certain groups were barred from fostering – with 54% thinking over-55s were excluded; 16% that men could not foster and one in three that gay people would not be accepted.

An overwhelming proportion of those surveyed (96%) were unaware of the numbers in care in the UK – some 91,000 children.

The charity has launched a myth-busting guide to fostering, hoping to encourage more people to provide temporary homes to children with family problems.

He added: “With myths preventing people from coming forward and the public not knowing the true extent of just how many children are currently in care, we are on course for a crisis.

“This could be prevented by helping people to understand that in the majority of cases they can foster and have a lot to offer a young person in care.”

Jackie Sanders, of the Fostering Network, said: “Fostering services face a big challenge every year, recruiting thousands of foster carers to replace those who leave and to provide homes for growing numbers of children coming into care.

“A wide pool of carers is needed to help fostering services find the right foster home for every child, first time.

“It’s important to bust myths about who can apply to foster, but it’s just as important to outline the skills that foster carers need, and to be clear about where there are current gaps.

“Across the UK there is currently a particular need to find people who can care for sibling groups, disabled children and teenagers.”

A DfE spokesman said: “Foster carers are the unsung heroes of the care system. They make an invaluable difference to vulnerable children – offering them routine, stability and loving homes.

“We want people from all walks of life to come forward to foster which is why are making it easier for them to do so. We are spending £750,000 to help councils recruit and retain a range of foster carers and have invested an extra £3.7 million to support vulnerable families and those already fostering.”

Permanent link to this article: https://operationfatherhood.org/family-law-public/foster-care/england-foster-care-myths-threaten-crisis-claims-charity/