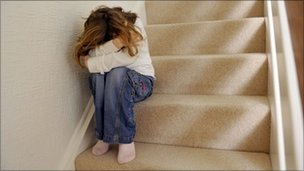 Hull City Council’s failure to deal with concerns about the safety of a brother and sister could have had “very serious consequences”, a report says.

The local government ombudsman said the children’s aunt raised fears they were at risk living with their mother and her mentally ill, violent partner.

The report found the authority took no action when the boy was threatened with a knife by his mother’s partner.

The council said it was “continuously seeking to improve services”.

In the report, the ombudsman, Anne Seex, said the aunt first raised concerns about her 11-year-old niece and 14-year-old nephew in January 2007.

Social workers visited the children at home but their assessment did not include any information from the mental health worker of the mother’s partner.

They concluded the children should remain at their mother’s with support, but they never provided that support.

The report detailed another occasion when a trainee social worker did not fulfil an undertaking to visit the children’s home following further concerns made.

The social worker also denied meeting the aunt and a neighbouring authority over their worries despite “consistent, credible accounts” of the meeting.

The report went on to say that about six months later another child protection referral was made to the council after the boy was threatened with a knife by the mother’s partner, but there was no response.

Ombudsman Anne Seex said: “In the context of child protection, these failures could have had very serious consequences.”

She said the failures “caused significant uncertainty and distress” to the aunt and she felt she had no alternative but to take them in.

Recommendations made by Mrs Seex include the council paying the aunt £7,665, which is 25% of what she would have received as a ‘kinship carer allowance’ for the time the children lived with her.

She has called for a review to establish whether the failures could still occur.

Jon Plant, Hull City Council’s head of localities and safeguarding, said it had received the recommendations and would “continue to ensure that the learning from this informs future practice”.

Permanent link to this article: https://operationfatherhood.org/family-law-public/england-hull-council-failed-over-child-protection-concern-report/