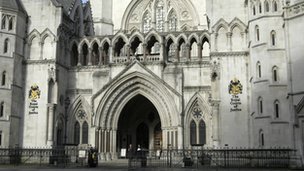 The justice secretary has asked a senior judge to consider whether the court dealing with the affairs of mentally incapable people in England and Wales can become more open.

There have been concerns about the use of secret hearings at the Court of Protection which makes decisions on financial, medical and welfare issues.

Chris Grayling wants its workings to be included in a review of family courts.

But he said the interests of vulnerable adults should be safeguarded.

The Court of Protection, which was set up under the 2005 Mental Capacity Act, also appoints deputies to look after the interests of mentally incapable people.

The public are not allowed to attend the hearings, which take place at the Royal Courts of Justice in London. Some of its final rulings are reported but judges have powers to ban or restrict press coverage.

In a letter to Sir James Munby, President of the Family Division of the High Court of England and Wales, Mr Grayling writes: “We have already agreed there is a need for greater openness in the family courts, with the intention that we make progress on this as soon as possible in order to ensure public confidence in the single family court on its creation.”

A single family court to deal with child custody and care decisions currently split between judges and magistrates is due come into existence next year.

Mr Grayling said he wanted Sir James to “consider if you might extend the scope of your work on transparency in the family courts to include arrangements for the Court of Protection”.

The justice secretary said: “I welcome the work you are carrying out to consider with us what progress can be made via rules of court and guidance, which will further the public understanding of family proceedings, whilst also respecting the right to privacy of vulnerable individuals and children in particular.

“While we want to ensure that we balance the interests of safeguarding vulnerable adults with those of increasing the transparency of proceedings, I would welcome your views on how we might best achieve this.”