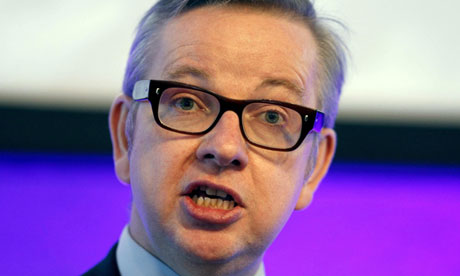 The education secretary, Michael Gove, has threatened to strip a council of its children‘s services responsibilities after consistent failures in its social services performance.

Gove said Doncaster council had failed to overcome “serious and long-standing failures” in its child protection services despite heavy criticism in the wake of the notorious Edlington incident in 2009, when two brothers with a history of family violence sadistically tortured two other young boys.

In a letter to the Doncaster mayor, Peter Davies, Gove said he had ordered Julian Le Grand, a professor at the London School of Economics and a former policy adviser to Tony Blair, to carry out a review of the council’s social services for children.

The review will assess whether Doncaster can deliver a “sustainable and significant improvement in services” under existing arrangements and whether an “independent organisation” should in future deliver children’s services.

Although Le Grand will not deliver his report until the end of May, Gove has ordered the council in the meantime to hire external support to build up its child protection capacity and raise standards.

“I believe these steps are the ones required to establish the best possible chance of the very significant and sustainable change required in Doncaster,” Gove wrote.

Shortcomings in Doncaster’s social services were highlighted after the two brothers were sentenced in 2010 to a minimum of five years for the attack. Gove rejected a first independent serious case review of the incident published in March 2012 and commissioned a further report by Lord Carlile QC.

Carlile’s report, issued in November, found social services and other local agencies “failed to co-ordinate any realistic attempt to address the problems” caused by the brothers, who had been placed in foster care by Doncaster and who had a long history of violence and antisocial behaviour.

Gove’s formal response to the Carlile report, published on Tuesday, said the government was reviewing the way councils apply different thresholds for taking children into care.

The education secretary, who has urged social workers to take a more “assertive” approach to taking at-risk children into care, said: “We … need to be convinced that local areas are setting the right thresholds for intervention.”

Permanent link to this article: https://operationfatherhood.org/family-law-public/child-protection/england-michael-gove-threatens-to-strip-doncaster-council-of-childrens-services/