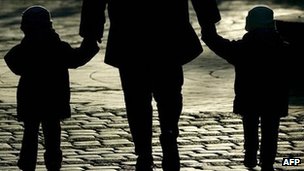 The mother had wanted another child.

The authorities missed opportunities to intervene in the case of a mother who forced her adopted child to impregnate herself so that she could have another child, a serious case review has found.

Social services were contacted four times with concerns before the 17-year-old girl gave birth to a son.

There is “clear learning for many of the agencies involved”, the local safeguarding children’s board said.

The mother is serving a five-year prison sentence for child cruelty.

Reporting restrictions mean the family, the local authority and the region of the country in which they lived, cannot be identified.

The woman had adopted three children from abroad but when she tried to adopt a fourth she was refused after concerns were raised about her other children.

“[The mother] decided that a further child could be added to the family by way of artificial insemination of [her daughter],” the serious case review said.

She bought frozen sperm over the internet and a “programme” of artificial insemination began when the girl was 14.

It was likely that the first attempt resulted in a miscarriage, the report said, but she later became pregnant aged 16.

The mother concocted a story that the pregnancy had followed a brief relationship between her daughter and a foreign student, who was refusing to play any further part in the unborn child’s life.

After the birth, midwives became concerned about the woman’s conduct and “insistence that only she should be caring for the infant”, and the authorities became involved.

“[The woman] said openly that she would decide the child’s name and that [the daughter] should not attempt to breast-feed the infant,” the report said.

The local children’s social services department was contacted on several separate occasions prior to the child being born, the review found.

The first complaint was dealt with by an unqualified officer who did not arrange for the family to be visited.

Another complaint led to the department “being fobbed off” by the mother, the report found, and an opportunity was missed to assess what was taking place.

The department was “hesitant and lacking in authority” when dealing with a further opportunity to provide proper care to the family, it said.

The report also said a GP should have reported an allegation that the daughter, then aged 14, had been sexually assaulted or raped to the police or local authority.

The health visiting service gave “insufficient weight” to repeated safeguarding concerns about the family and may have been influenced by “the social profile of the family – educated, articulate, middle-class”, it said.

The report’s author visited the mother in prison. “She [the mother] refused to accept that any of the matters which had led to her imprisonment were unlawful or inappropriate,” the report said.

The local authority said it fully accepted the findings and saw it as an opportunity to “improve practice”.

The local safeguarding children’s board (LSCB) described it as a “truly terrible” case.

“There is some clear learning for many of the agencies involved and all are committed to improving their response to children through the learning this report has highlighted,” it said in a statement.

It recognised it was a “highly unusual” case but said the authorities involved could have been more prompt and decisive.

The report also raised questions about the effectiveness of laws governing online purchases of sperm.

Serious case reviews can be carried out by LSCBs where abuse or neglect of a child is known or suspected and where there is concern over the way the professionals and services acted to protect the child.

The serious case review acknowledges this case is unprecedented, with child abuse issues so unusual they could not have been predicted by professionals.

That is true. But the criticisms of health and social services in this case have been heard before in cases elsewhere.

They include service re-organisation, unqualified staff investigating complaints, officials not following through thoroughly on safeguarding concerns, and being influenced by the middle-class, educated and articulate profile of the mother.

The local authority, which cannot be identified for legal reasons, say they accept there were “weaknesses and shortcomings” in their dealings with the family and say they have changed their practices.

The particular details of the case may be disturbing but the failure to prevent harm is unfortunately eerily familiar.

Permanent link to this article: https://operationfatherhood.org/family-law-public/adoption/uk-mother-forced-adopted-child-to-artificially-inseminate-herself/