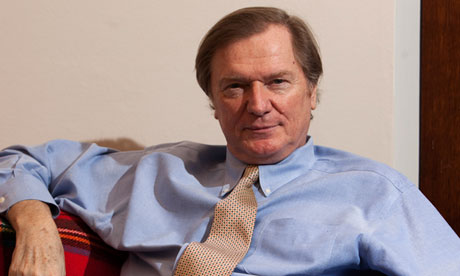 Government plans to strip councils of responsibility for adoption if they are slow to find new families for children could be damaging to vulnerable youngsters, critics claim.

Critics have pointed out that the £150m set aside by the education secretary, Michael Gove, to fund adoption support, had been taken out of council budgets for Sure Start children’s centres and family support projects.

The move, they said, would lead to the possible close of services designed to prevent children being taken into care in the first place.

The proposals were described as “short-termist headline grabbing” by the Labour MP Graham Allen, an adviser to the prime minister on family intervention.

A statement this morning by the children’s minister, Edward Timpson, said that councils which took too long to find families for children in care would be stripped of their powers, the task handed over to private agencies and charities.

Timpson said: “We have identified some significant structural weaknesses which undermine the effectiveness of the adopter recruitment and approval system. These weaknesses must be addressed swiftly and decisively in the interests of a significant and sustainable increase in the number of adopters.”

If councils did not raise their game, the secretary of state would use proposed powers to intervene then strip them of responsibility for adoption, he said:

Timpson added: “We recognise that this is a radical step. If local authorities are able to bring forward alternative proposals that would deliver a similarly radical shift in the system’s capacity, then we will not need to use this power.”

The initiative is the latest bid by Gove to speed up the adoption process, which is often held up by bureaucratic hurdles and a shortage of prospective adopters. The Local Government Association (LGA) warned against the move, saying it should only be considered “as a very last resort”.

David Simmonds, chair of the LGA’s children and young people board, said: “Recent figures show councils have twice the success rate of independent adoption agencies. Removing councils from the process of recruiting and screening potential adopters could adversely impact on the very children and potential adoptive parents the government is trying to protect, and should only be considered as a very last resort.”

He claimed the proposals risked creating a “disjointed and confusing system” with potential adopters “passed from pillar to post” as different agencies became responsible for different parts of the process.

“With the national shortage of potential adopters we are currently facing the last thing we want to do is put potential mums and dads off making such a life-changing decision,” he said.

Debbie Jones, president of the Association of Directors of Children’s Services (ADCS), said the challenge from ministers to recruit more adopters was welcomed. But she added that ADCS strongly opposed plans to give the education secretary powers to take away a council’s right to recruit adopters.

She said: “At a time when more adopters are needed, taking the power away from the largest current supplier of adopters is ill thought through, and the paper presents no evidence that it will have the effect they intend.

“ADCS members have been a driving force behind adoption reform, and this threat is heavy handed and unnecessary.”

Allen, an expert on family intervention, who has written two reports on the subject for David Cameron, said the adoption initiative was funded by cutting council programmes now supported by an early intervention grant (EIG), including Sure Start, short breaks for disabled children, and support for families with multiple needs.

“This [adoption strategy] funds a headline but at the cost of undermining existing early intervention programmes which help the social and emotional development of all babies, children and young people.

“We all support adoption but to do so by robbing existing children’s programmes reeks of the short-termist headline grabbing that is exactly the wrong way to take proven programmes to scale.”

Mark Rogers, chief executive of Solihull council and chair of the Children’s and Education Policy Network for the Society of Local Authority Chief Executives (Solace), called the proposed powers “disproportionate and prescriptive”.

Latest figures show children in England are left in care for nearly 21 months on average before they are adopted. In some areas youngsters are forced to wait almost three years before moving in with an adoptive family.

The government has set a threshold of 21 months between children being taken into care and moving in with an adoptive family.

Permanent link to this article: https://operationfatherhood.org/family-law-public/adoption/england-council-adoption-services-at-risk-from-heavy-handed-shake-up/