WALES/ENGLAND – Judge Wall, the secrecy rules, and another stinging attack

UK – We had the best start in life – a proper dad 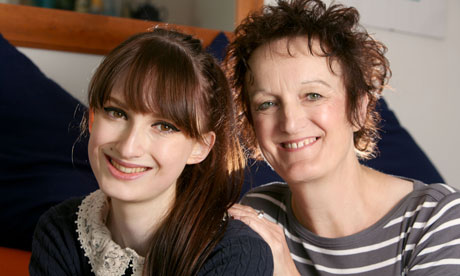 Barney Bardsley and her daughter Molly McGee. Photograph: Lorne Campbell for the Guardian

A good father provides his daughter with love and protection – but also a sense of silliness and fun, says Barney Bardsley

In February last year my father died after having a massive stroke at the wheel of his car. David was 86 and his death, while deeply sad, was not entirely unexpected. He was an elderly man, increasingly frail – and it had been a bone-hard winter. When my husband, Tim, died seven years ago, it was a different matter. He was in his prime – only 47 – and he left a young daughter behind him. Molly, at 11, was still a child when she lost her father; I was in my 50s when I lost mine. The two events are incomparable in magnitude, yet the impact of each death has been profound. It has left me wondering about the deep bond between dads and their girls. For when the connection is a healthy one, the gift of the father – while he lives and after he is gone – is precious indeed.

A skilful man creates different relationships with all the children he fathers. That was certainly the case with my dad. I have two older brothers, and as we grew up David forged lines of interest and communication specific to each of us: cribbage and real ale with one son, cricket and fine French wines with the other. And me? As the only daughter, our connection took a different route. I was born on my father’s birthday, 9 October. “The best birthday present I ever had,” he would repeat every year, to my mother’s irritation and my perpetual delight. This shared anniversary allowed us a collusion. And in a noisy family, my father’s contrasting calm offered a soothing antidote for a shy and nervous child. From the start, I was a classic daddy’s girl.

Not that the relationship between us was always easy. Far from it. David was an educated, but rather traditional northern male. He had been doted on as a boy by his mother and his older sister. Spoilt, basically. They set a precedent that he saw no reason to challenge. Despite constant protests from my mother, Kathleen (certainly no pushover) and myself, he was content to be waited on hand and foot by any willing female, to his dying day. He got away with it, through his distinct brand of ruthless and irresistible charm.

How different we were, my father and I – or so I thought, as I zoomed through my tempestuous 20s and 30s: in our tastes, our politics, our lifestyles and opinions. But the older I get – the more of him I see in myself. David was a peace-lover in a world of fighters. I, too, find it hard to shout. He loved oysters and champagne – I have no one to indulge that love with now. He enjoyed long, daytime snoozes and quiet awakenings. Ditto. And he, like me, was an incurable romantic. He told me proudly how he showered my mother with kisses in her hospitable bed shortly before she died, murmuring how much he adored her, after nearly 60 years of marriage. Then there is the dogmatism, the fussiness, the undeniable solipsism. He had it. I have inherited – or learned it – too.

“All women become like their mothers. That is their tragedy. No man does. That’s his.” Oscar Wilde, in The Importance of Being Earnest. It’s funny, but is it true? When I look at my brothers, I see my mother’s strong temperament come channelling through. And when I look in the mirror – it’s the ghost of my dad who glances knowingly back. The pull of opposites – father to daughter, mother to son – seems more powerful to me than the law of similarity.

What is a father for? What is his role, his special contribution? There are as many answers to that, of course, as there are fathers. Certainly, in the traditional family set-up I grew up in, David was an old-fashioned dad; out to work and out of the way. Mum glowed with the bright, white heat of motherhood: over-attached, emotionally charged and furiously hard-working, providing a tireless stream of clean clothes, cooked meals, discipline and intelligence. Dad was her counterpoint, her foil. His cool, often comic refereeing from the sidelines acted as oil on her sometimes turbulent waters.

How history repeats itself. When I got married in my 30s, I understood for the first time how far in over your head you go, how far out of all known depths you go when you become a mother. I realised, too, that although I had married a man quite different from my own father – he cooked, cleaned and changed nappies, all with far greater efficiency than I could muster – still the underlying similarities were hard to miss. Tim’s apparent detachment from the emotional rollercoaster of motherhood, his quiet humour and his absolute refusal to rise to the bait, drove me nuts – but kept our little family ship afloat.

Tim and his new daughter, meanwhile, formed an immediate and easy bond. I recognised it from my childhood – from my dad and me. Certainly, they clashed from time to time, because each was as strong-willed as the other. But nothing, not even the challenges of terminal cancer, stood between them. Now it is obvious how like her father Molly, as a young adult, has become: her sense of humour – sophisticated, slightly off the wall; her ironic detachment from the absurdities of human behaviour (especially mine); her love of baking (I never make cakes – she does it all the time). Even her passion for film and photography – and her penchant for the weird, the macabre (Hitchcock, David Lynch), none of which is remotely in my repertoire, exemplifies her father’s style. She had no way of knowing these things. I never told her, and Tim died before these tastes were forming. Still, his influence prevails.

Protection. Guidance. Judgment and perspective. A firm supporting hand. A warm heart. All of these things a good father offers his daughter. But there is something far more delicious in the mix: the spirit of play. When Molly was tiny and I was rushing around with lunches, changes of clothes, buggies and blankets, she and her dad would be playing the fool: tipping sand over each other at the seaside and soaking their toes with buckets and spray guns of water; playing interminable games at home with Barbie dolls and Beanie toys; watching Disney films and munching crisps and chocolate bars well after bedtime … “Ssh. Don’t tell Mum.” As for my dad and me – the laughter and silliness never stopped, right to the end of his long life.

Now, neither I nor my daughter has a dad around to lean on, in the physical sense, and these two men will always be missed. But their internal presence is firmly established and it’s vibrant and alive. These fathers helped turn us into the people we are now: self-reliant, wayward, quietly determined, with a strong streak of the ridiculous, which has come straight down the paternal line. What we share, my daughter and I, is a deep down sense of self, one that comes from having known, right at the start of our lives, the unconditional love of a good and a loyal man. A proper dad.

Permanent link to this article: https://operationfatherhood.org/family-law-private/uk-we-had-the-best-start-in-life-%e2%80%93-a-proper-dad/