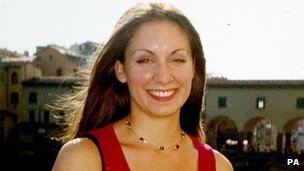 A new law making stalking a specific offence is needed in England and Wales to stop harassment ending in violence and murder, MPs and peers have said.

Their parliamentary inquiry also proposed restrictions on offenders, including on phone and computer use.

Campaigners say that dealing with stalking under harassment laws is inadequate. In Scotland, stalking was made a criminal offence in 2010.

The Home Office says it will “carefully consider” all proposals on stalking.

Figures from the British Crime Survey suggest there may be as many as 120,000 instances of stalking every year in England and Wales, but only 2% of cases result in convictions.

At the moment obsessive stalkers are dealt with under the laws against harassment, but campaigners say that often means the criminal justice system fails to take the problem seriously.

The cross-party Justice Unions Parliamentary Group, which carried out the inquiry, said the current system was not “fit for purpose”.

Stalking can be a terrifying experience for victims and can – in extreme cases – end in violence.

STALKING IN THE UK

Tracey Morgan, who was stalked for 10 years by a man she had met at work, told the BBC: “It’s like being mentally raped. I was watched, followed, our home was broken into. We even had listening devices put in our bed.”

She has joined other victims in lobbying politicians at Westminster to create a new law against stalking.

She said: “Serious stalking cases are actually being put in the same category as an argument over a hedge. What we want is a legal term of stalking so that stalking cases can be dealt with how they should be. It’s a serious offence, it’s not a benign nuisance crime. We are dealing with perpetrators who may go on to kill.”

Sam Taylor believes the criminal justice system actually helped the man who stalked her to carry out his campaign of intimidation.

She said: “[He] did not know how to use computers until he went into prison. Now he’s gone on to stalk close friends of mine.”

The chairman of the parliamentary group – Plaid Cymru’s Elfyn Llwyd – said he wanted to see more treatment for offenders themselves while they were in prison.

He said: “He – or sometimes she – will have been sitting in prison thinking how he can continue harassing when he comes out.”

Harry Fletcher, assistant general secretary of the probation union Napo and an adviser to the parliamentary inquiry, said short prison sentences handed down to stalkers made rehabilitation and treatment impossible.

Just 20 stalkers a year were jailed for longer than 12 months for putting a victim in fear of violence, while others spent just days in jail, were sentenced to community orders or “inappropriate” domestic violence courses, the inquiry heard.

If stalkers were not tackled early, “behaviour escalates and can result in serious injury or even death”, Mr Fletcher said.

Campaigners who say stalking is not taken seriously enough point to the case of Clare Bernal, a 22-year-old sales assistant who was shot dead by an obsessed ex-boyfriend. He had been bailed for harassment, meaning he was free to kill.

Many stalking cases end up in magistrates’ courts rather than a crown court.

‘Gap in law’The specific law against stalking in Scotland appears to have resulted in many more people being prosecuted, with 400 alleged stalkers prosecuted last year.

Shadow home secretary Yvette Cooper said a similar law to Scotland’s in England and Wales would send a clear signal that stalking would not be tolerated. 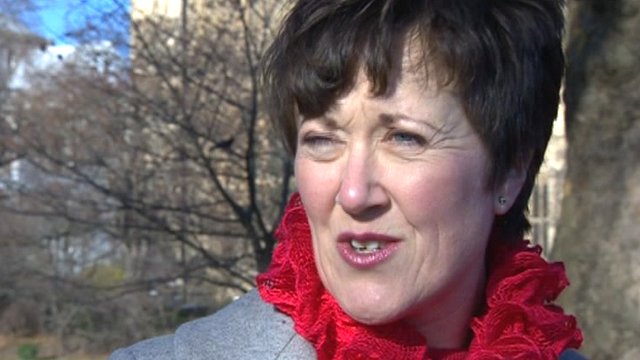 Tracey Morgan and Sam Taylor describe how stalkers affected their lives and their families’ lives.

Prime Minister David Cameron has already indicated his support for the move.

Last year, he told the Commons: “There is a gap in the current law and we should fill that because there are people who aren’t getting the help and protection they need.”

A Home Office spokesman said: “It is vital that victims of stalking get the support they need from the police and the courts and that offenders are properly punished.

“That’s why we have been consulting the public on a specific offence of stalking and the need for better training and guidance for the police and Crown Prosecution Service.

“That consultation only closed yesterday and we need to carefully consider all responses before we act to ensure we get this right.”

Permanent link to this article: https://operationfatherhood.org/family-law-private/stalking/walesengland-mps-and-peers-demand-law-against-stalking/