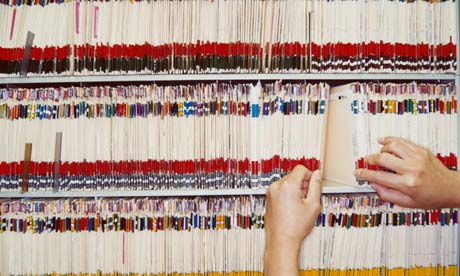 GPs are increasingly getting caught in the crossfire between divorced or separated parents who want access to their children‘s medical records, experts have revealed.

The Medical Protection Society, one of the world’s leading medical defence organisations, says there has been a steep increase in calls from GPs concerned about requests for access to children’s medical information from separated parents. The MPS has had 800 calls over the past five years, with 179 of them in the last year alone – equivalent to a phone call every other day. The numbers will be just a fraction of the total, since not all GPs belong to the MPS and many doctors will not ask for advice on what to do.

The calls come usually from fathers who do not have the child living permanently with them. They may need medical information while their son or daughter is staying for a weekend or holiday, but doctors sometimes call the MPS for advice because they are concerned about the motivation for the request. There have been occasions when a father wanted to see the record in the hope of finding out where the mother is living or if she has a new partner.

In the most vivid recent example of disputes between parents over the treatment of a child, a high court judge sided with the father of Neon Roberts, a seven-year-old boy who is to receive radiotherapy for a cancerous brain tumour against the wishes of his mother. Mr Justice Bodey ruled last month that Sally Roberts was wrong to seek alternative therapies and said her judgment had “gone awry” on the seriousness of her son’s condition.

More commonly parents will disagree over something less urgent, such as whether or not the child should have the MMR vaccine. “Where there is absolutely no urgency to go ahead, a GP would say it is up to you as parents to come to a mutual agreement – come back with a shared view,” said Richard Stacey, medico-legal adviser for the MPS.

“GPs will try to keep out of it. But sometimes there may be recourse to the courts. A brain tumour is an obvious case where the condition is life-threatening. We do occasionally see that.”

The MPS is releasing the figures in the week that divorce lawyers get record numbers of consultations, as couples decide to break up in the wake of an unhappy Christmas. It warns that GPs must not get embroiled in the emotional troubles of divided families.

“The Christmas period is obviously a stressful period for many families. Calls from GPs concerned about separated parents having access to children’s records are now among our most common,” said Stacey. “Access to a child’s records can be a contentious point for separated parents and it has the potential to raise all kinds of issues relating to parental rights and the GP’s obligations. We received a record number of calls last year and expect that this will continue to rise.

“The interests of the child are paramount at all times. In most cases the request for access is well intentioned and reasonable, but it is important that all requests for access to a child’s records are dealt with fairly and in line with the relevant professional guidance and legislation.”

Parents who were married will normally both have parental responsibility and be entitled to see their child’s medical record. Others will have a parental responsibility order from the court. In some cases, the GP will know and treat both parents as well as the child, but in other cases it might be necessary to get proof of the parent’s right to see the medical record.

In the case of older children who are competent to decide, the GP should ask what they want before disclosing the information – a young teenage girl might not want her father to know she is on the contraceptive pill, for instance.

“Most of the time, it is an entirely well intentioned approach, usually from an estranged father, just to be up to date as to what the current developments in a child’s treatment are,” said Stacey. He might want to check on an antibiotic allergy if the child falls ill in his care, for instance.

“But you do get more vexed questions where the dispute is particularly acrimonious. Very often the parental dispute is such that one side is trying to find something in the medical records to hold against the other side. If the father approaches the GP saying: ‘I want to see the child’s medical records because I fear that the mother is abusing the child’, that sets a child protection issue running.”

Sometimes a man may contact the GP to see his child’s record because he wants to find his ex-partner. “There may be circumstances where the mother has been the subject of physical abuse and may be living in a place of safety. The approach from the father to see the child’s record might be to establish the current whereabouts of the child’s mother.

“He may have a right to access the child’s record, but the GP may have to be mindful of the fact that he may have to withhold any information leading to the whereabouts of the mother.”

The situation is a minefield for GPs, who need to be sure that the estranged parent is entitled to see the medical record, that the child (if old enough) consents and that the reason is valid.

“GPs are currently very pressured and bombarded by all sorts of requests,” said Stacey. “What might seem to be a very simple request does need very careful consideration. There isn’t a one-size-fits-all approach. You need to explain to the father what steps you need to take. The father might say why are you asking? There is the potential for conflict.”

Paula Hall, a relationship counsellor with Relate, said: “I think the problem is that an acrimonious divorce can result in couples arguing about almost anything and going to almost any lengths either to undermine the other or to try to find out what the other one is up to and avoid communication with each other.”

Many couples find it hard to sort out co-parenting arrangements, she said. “Unfortunately emotions can run very high and that can over-ride sensible decision-making.”

Permanent link to this article: https://operationfatherhood.org/family-law-private/medical-records/uk-gps-in-crossfire-as-separated-parents-seek-access-to-childrens-records/