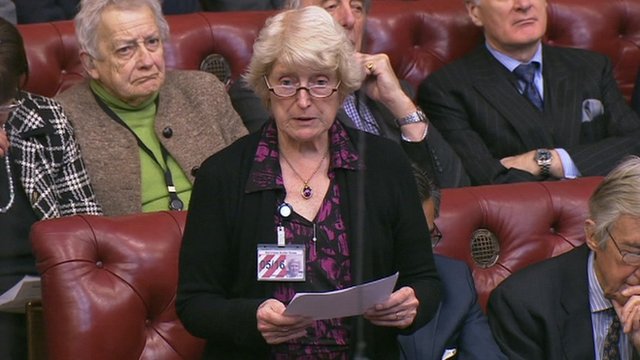 The crossbench peer made the claim in December during a discussion on the safety of judges.

Lady Butler-Sloss said while she had received death threats “it was not true” they were from Fathers4Justice.

She apologised “unreservedly” to the organisation, in a personal statement in the House of Lords.

Lady Butler-Sloss told peers she had “not prepared” her remarks, made in an intervention during a discussion on the Crime and Courts Bill.

“I referred to death threats that I had received as a judge from dissatisfied litigants,” she said.

She said two newspapers had picked up her remarks prompting Fathers4Justice, which campaigns for fathers to be given access to their children, to get in touch with her and request a public apology.

Permanent link to this article: https://operationfatherhood.org/family-law-private/fathers4justice/uk-baroness-butler-sloss-apologises-for-death-threat-claim/