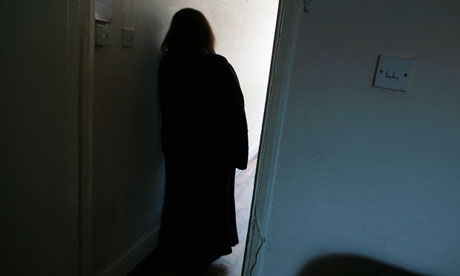 Yvette Cooper said the figures show that after years of improvement the system was failing victims of domestic violence. Photograph: Martin Godwin for the Guardian

There has been an alarming 13% fall in the number of domestic violence attacks that are considered for prosecution since 2010, official figures reveal.

The figures – obtained by Labour in a Freedom of Information request – show that the number of domestic violence cases being referred by the police to the Crown Prosecution Service to be considered for charge and prosecution has fallen from 101,242 in 2010-11 in England and Wales to 88,110 in 2012-13.

The shadow home secretary, Yvette Cooper, said the figures, which have been analysed by the House of Commons library, show that after years of improvement the system was now badly failing domestic violence victims, with fewer offences being charged and prosecuted despite levels of domestic violence increasing.

She said that the alarming fall coincided with the loss of 15,000 police officers from the 20% cut in Whitehall funding for the police which had affected their ability to investigate and bring criminals to justice.

The fresh evidence will add urgency to the decision by the CPS and the Home Office to launch an inquiry into why police forces are reporting fewer cases of rape, domestic violence and child abuse than they were two years ago. The outgoing director of public prosecutions, Keir Starmer, is to meet senior police chiefs later this month to discuss whether the police are doing enough to bring cases to court.

The 13% overall fall in the number of domestic violence cases being referred to the CPS masks some even sharper falls in some parts of the country. They show that there has been a 29% drop in Manchester and a 38% drop in Norwich, while forces such as Gwent and Essex have consistently improved their referral rate since 2007.

Cooper said: “These are shocking and disturbing figures. Theresa May claimed in 2010 she was pursuing a ‘unique opportunity to bring about real change’ on domestic violence. Instead these figures show things have gone backwards and she is failing badly.”

She said that while the number of cases reported to the police has increased by nearly 10%, the vast majority of police forces have cut the number of cases they refer for prosecution by 20%: “That means one in five perpetrators who would previously have been charged are now getting away with it. And this big drop in referrals has all happened since the police cuts started. Referrals and prosecutions were going up before the election. But now, fewer police officers are referring fewer domestic violence cases for prosecution and victims are being let down as a result,” said Cooper.

Shadow home office minister Stella Creasy said that the massive declines in the referral rates in some parts of the country were a real cause for concern but the lack of any monitoring meant that the home secretary should be urgently asking police forces for an explanation.

“Victims and survivors need to be equally confident in the criminal justice system regardless of where they live, but these figures suggest a postcode lottery could be developing when it comes to domestic violence,” said Creasy.

“With cuts to policing and specialist services it is vital we ensure forces have the resources and the expertise to act – and a commitment to take this all the way to convictions.”

A CPS spokesperson said: “The reasons for fewer cases being referred to the CPS by police is not something we are currently in a position to speculate on. However, together with the Home Office, we are looking into the possible reasons for this and the DPP is hoping to meet with national policing leads in the coming weeks to discuss the issue.”

A Home Office spokesperson defended the government’s record on tackling violence against women and girls, saying nearly £40m had been ringfenced for specialist local domestic and sexual violence support services, and protection for victims had been strengthened through the pilot of “Clare’s Law“. “Domestic violence, rape and sexual offence prosecutions have reached their highest ever conviction rate for the second year running – so the systems in place to protect women are working, despite the necessary cuts to police budgets,” she said.”But there is still much to do. We are actively pursuing ways in which we can prevent domestic and sexual violence happening in the first place, encourage more victims to come forward and improve the police response. We won’t stop until we have eradicated these appalling crimes for good.”