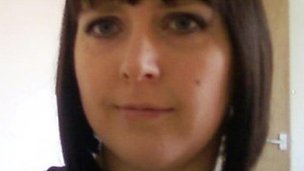 People could be given the power to find out from the police if a new partner has a history of domestic violence under new government proposals.

The idea is similar to Sarah’s Law which allows parents in England to ask police if someone who has contact with their child is a sex offender.

Another idea up for consultation would give police a duty to warn someone whose partner could be dangerous.

It follows a campaign by the father of a woman killed by her ex-boyfriend.

Clare Wood, from Salford, Greater Manchester, was strangled by George Appleton – whom she met through Facebook – in February 2009.

She did not know that Appleton had a history of violence towards women, including harassment, threats to kill and even the kidnap of a previous girlfriend at knifepoint.

At Ms Wood’s inquest, the coroner backed a call by the Association of Chief Police Officers (Acpo) for partners to have information about violent offenders disclosed to them.

‘Right to ask’Her father, Michael Brown, has been campaigning for that right to be enshrined in legislation as Clare’s Law.

Now Home Secretary Theresa May is launching a consultation on how such a Domestic Violence Disclosure Scheme might work in practice.

It suggests three options: continuing with the status quo; giving people a “right to ask” about their partners; or introducing a “right to know” which would place the onus on the police to inform in certain circumstances.

At present, police forces have common law powers to disclose information relating to someone’s previous convictions, but if either of the latter two options were chosen, those powers would be formally written in legislation.

They would allow police to conduct a full risk assessment of an individual and if disclosure was approved, it would then be made in the presence of an independent domestic violence adviser to provide support if required.

The third option – proactive disclosure – is the one favoured by Acpo, which estimates there could be some 25,000 serial domestic abuse perpetrators UK-wide.

Mrs May said: “I have been clear that ending violence against women and girls is a personal priority for me and this government.

“Domestic violence is a particularly dreadful form of abuse and I want us to constantly look at new ways of protecting victims and preventing tragic incidents from happening.”

Mr Brown told the BBC News website he was “absolutely delighted” with the announcement.

“Anyone who’s being threatened by their partner should be able to find out if he’s done anything similar in the past,” he said.

“My daughter didn’t know and I don’t want any other family to go through what we’ve had to.

“It should make a big difference to those ladies who are in a vulnerable position – it’ll mean they can make informed decisions about what to do next.”

Labour MP Hazel Blears has backed Mr Brown’s campaign and is planning to table an amendment on Clare’s Law to the justice bill when it returns to the House of Commons for its report stage next week.

She said she was pleased at the consultation, but added: “This matter is urgent – two women a week die at the hands of violent current or former partners – that’s two too many.

“I will be tabling amendments to the Legal Aid, Sentencing and Punishment of Offenders Bill… and I hope MPs from all parties will consider supporting these changes.”

The consultation applies to England and Wales, and closes on 13 January.

Sarah’s Law – or the Child Sex Offender Disclosure Scheme – is now in place across all police forces in England and Wales, and was the result of a long-running campaign by Sara Payne, whose daughter Sarah was murdered by a known paedophile.

During the scheme’s pilot in four police areas, 315 applications were made which uncovered 21 cases where a potentially dangerous person did have access to an applicant’s child.

Permanent link to this article: https://operationfatherhood.org/family-law-private/domestic-violence/uk-government-considers-right-to-know-on-domestic-abuse/