A review is to be carried out into the way police in England and Wales deal with cases of domestic violence, Home Secretary Theresa May has said. 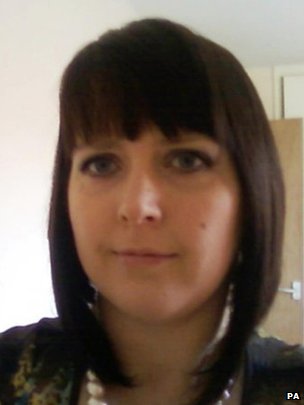 Her Majesty’s Inspectorate of Constabulary (HMIC) will look at forces’ performances and identify where improvements need to be made.

It will report back to the Home Office in April 2014.

The decision follows the murders of two women who were both killed by their former partners.

Clare Wood, 36, was murdered by her ex-boyfriend George Appleton at her Salford home in February 2009 after meeting him on Facebook.

She was unaware of his history of violence against women.

In the other case, Maria Stubbings, 50, was murdered by Marc Chivers at her home in Chelmsford, Essex, in December 2008.

A year earlier Chivers had been freed from a German prison where he had served 15 years for murdering his then girlfriend, Sabine Rappold.

Announcing the review, Mrs May said the government was “serious” about keeping women and girls safe.

“We have seen improvements over the past year – domestic violence, rape and sexual offence prosecutions have reached their highest ever conviction rate for the second year running – so the systems in place to protect women are working better,” she said.

“But sadly there are still too many cases, like those of Clare Wood and Maria Stubbings, where victims have lost their lives because warning signs were missed.

“We have a duty to provide vulnerable people with the best possible protection, which is why I have commissioned Her Majesty’s Inspectorate of Constabulary to review current practices and recommend where further improvements can be made.”

The HMIC inspection will look at the effectiveness of the police approach to domestic violence and abuse and whether victims thought to be at risk are managed appropriately.

It will also consider whether police are learning from past experiences and adapting their practices and whether any changes need to be made to the overall police approach.

Sandra Horley, of the domestic violence charity Refuge, welcomed the inspection but urged for a full public inquiry to establish “what is going wrong across all state agencies and why so many abused women are still losing their lives”.

Mrs May has previously rejected the idea of a public inquiry, saying it would take too long.

Javed Khan, from Victim Support, said the review was “good news” for victims, who need reassuring that they will be taken seriously when they make a complaint.

“We believe that identifying those at the most risk of harm is critical to protecting victims, as is early identification to stop domestic abuse before it escalates,” he added.

After Ms Wood’s death, “Clare’s Law” was created which lets women find out whether they are at risk of domestic violence from a partner.