People with a history of domestic violence should be prevented from having guns, says the Home Office. 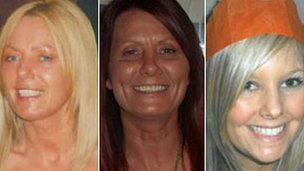 Police in England, Wales and Scotland should review a person’s suitability to keep firearms after every domestic violence incident, ministers say.

Police have also been told to ask family members confidentially if they have concerns about an applicant.

The change comes after a man from County Durham shot three members of his family and then himself in 2012.

Michael Atherton had been approved by police to own shotguns despite having received a warning because of previous incidents of domestic violence.

On New Year’s Day 2012 he killed his partner Susan McGoldrick, her sister Alison Turnball and her daughter Tanya.

The three pages of new rules, published on the Home Office website, replace a single sentence on domestic violence in old guidance. Police can now refuse or withdraw a licence if officers have intelligence relating to abuse and violence, even if the individual has not been convicted.

The guidance says: “In general evidence (including a history) of domestic violence and abuse will indicate that an individual should not be permitted to possess a firearm or shotgun. Each case must be assessed by the police on its merits, on the basis of the strength of the evidence available and all the circumstances of the case.”

The old guidance said that “domestic disputes” were a factor that licensing officers should consider.

Firearms licensing guidance requires police to receive independent character references on the applicant, speak to their GP and, if necessary, consult social services.

The revised rules go further, telling officers to speak confidentially to family members if they have intelligence or evidence of domestic violence.

“Interviews with partners who may be victims of domestic violence may be judged essential to making a complete assessment of an application,” says the guidance.

“Officers must have received adequate training so that they are aware of the indicators of domestic abuse, and how to support victims and keep them safe. They should be aware that there may be a need to take active steps to protect an applicant’s partner from reprisals.”

Alison Turnball’s son Bobby has campaigned for a complete ban on gun ownership by people who have a history of domestic violence.

The coroner at the inquest for Atherton’s victims said he would not have been able to shoot them dead had there been “robust, clear and accountable” rules in place to prevent him having guns.

Policing minister Damian Green said: “Domestic violence is unacceptable in any society and perpetrators should be in no doubt that their chances of ever holding a firearms certificate are greatly diminished.

“This new Home Office guidance clearly sets out a process which police forces should follow when considering an application from someone with a history of domestic violence.

“It should also ensure the views and experiences of victims of domestic abuse are carefully and sensitively taken into account.

“I am confident that this guidance will continue to protect the public from people who are not suitable to hold firearms.”

Permanent link to this article: https://operationfatherhood.org/family-law-private/domestic-violence/uk-domestic-abusers-facing-gun-ban/