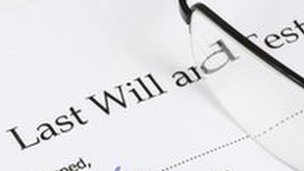 Divorce cases have prompted the most complaints about lawyers in the last year with individuals being urged to shop around for legal advice.

Some 18% of complaints resolved by the Legal Ombudsman were about marital break-ups.

The other major sources of complaint were house buying – 14% of cases – and will writing – 12% of cases.

The chief legal ombudsman urged people to check fine print and agree costs up front when employing a lawyer.

Adam Sampson said: “Talk to a number of lawyers. Ask them to explain – in words that you understand – exactly what they are going to do for you, and how much that is going to cost you, and whether or not you can be guaranteed to get the outcome that you want.

“So don’t rush into it, don’t expect all lawyers to be the same; there are some very, very good lawyers out there, but unfortunately there are some bad ones as well.”

One in 10 of the 7,600 complaints resolved by the service in 2012-13, concerned cases funded through fixed price and “no win no fee” services or through legal insurance.

The ombudsman service resolves disputes between individuals and their legal representatives, if they are unable to come to an agreement between themselves.

The service has been running since 2010, during which time it has received about 185,000 enquiries.

However, the ombudsman warned that it only covers disputes over the work of qualified legal representatives. So, disputes relating to information from some staff at advice charities might not be covered.

Permanent link to this article: https://operationfatherhood.org/family-law-private/divorce-2/uk-legal-advice-on-divorce-prompts-most-legal-complaints/