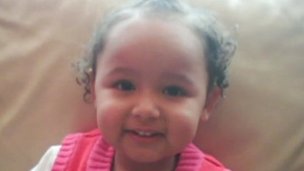 A father who abducted his daughter and took her to Pakistan has failed in his High Court bid to be released from prison.

Anjum, who was jailed after refusing to reveal Atiya’s whereabouts, had asked to be released from prison now she has been found.

Judge Mr Justice Holman said Anjum had “gone on and on and on and on” disobeying High Court judges’ orders to reveal Atiya’s whereabouts and could take “no credit at all” for her return.

The former insurance salesman said he was taking Atiya to Southport in 2009, but instead he took her to Lahore, Pakistan, and told Ms Wilkinson she would never see her again.

In October he was handed a 12-month jail term by a judge who found him in contempt of a High Court order instructing him to disclose Atiya’s whereabouts.

Earlier, Mr Justice Holman said the sentence should now be cut to 10 months – making him eligible for release on parole in March.

Ms Wilkinson said: “I am happy he’s still in custody, it just gives me a little bit more time to settle Atiya in.”

The sentence was the fourth consecutive jail term to be imposed on Anjum. Judges have previously imposed jail terms of two years, 12 months and 12 months in the hope that he would provide the information which would allow Atiya to be reunited with her mother.

They were finally reunited at Christmas after Atiya was found, following the intervention of Conservative North West MEP Sajjad Karim, who formally raised her abduction with the foreign minister of Pakistan in the European Parliament.

Permanent link to this article: https://operationfatherhood.org/family-law-private/child-abduction/england-father-jailed-over-atiya-anjum-wilkinson-abduction-fails-in-release-bid/