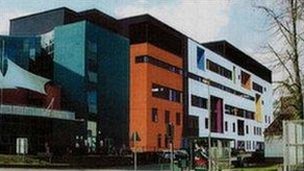 A second £63.8m phase of the Children’s Hospital for Wales in Cardiff has finally been given the go-ahead.

The four-ward hospital opened at Heath in 2005 but funding issues have had to be resolved before further expansion could be agreed.

An outpatient department, a critical care unit and radiology department will also be created.

Work will begin immediately and is expected to be completed by 2015.

On a visit to the site for the five-storey building, Health Minister Lesley Griffiths said it was hoped the hospital would provide world-class care.

“The first phase of the Children’s Hospital has already made a huge difference to the lives of thousands of children from across Wales, providing excellent care and support for their families,” she said.

“The second phase will mean that all children and young people will receive their care in modern, purpose-built settings, enabling more services to be provided in Wales for the children of Wales.”

The development will also include an eye clinic and a private garden for patients and their families.

Chairman of the Noah’s Ark Appeal Lyn Jones was delighted by the news.

“With these vital funds we will ensure that children in Wales receive the very best healthcare possible. This is the best Christmas gift we could have asked for,” he said.

The scheme was given a boost last year with a visit from Hollywood couple Catherine Zeta Jones and Michael Douglas.

The Swansea-born actress officially opened the Children’s Hospital for Wales back in 2006.

Her return, alongside her actor husband, coincided with the 10th anniversary of the original Noah’s Ark Appeal.

Cardiff and Vale UHB chairman David Francis said it was the “final step” in the process of making the concept of the Children’s Hospital for Wales a reality.

“The approval of the full business case marks the culmination of more than a decade of work by the UHB and its predecessor organisations, the Welsh government and significantly the Noah’s Ark Appeal, without whose tireless support the first phase of the Children’s Hospital of Wales would not have come to fruition,” he said.

It cost £9m, with half provided by the Welsh government and the rest matched by the appeal.

The announcement is being heralded as ‘Christmas coming early’. In many ways it’s more the late arrival of a gift promised years ago.

The project to expand the Children’s Hospital has been beset by delays and funding rows ever since it opened its doors in 2005.

Predictably, it came down to the question of who would fund what – an issue which wasn’t resolved until 2008.

Since then there has been the rather lengthy process of considering the business case – clearly any project on this scale has to be subject to a careful scrutiny.

In the meantime the estimates of how much it would all cost have slowly risen – from an initial £40m, past £50m to the latest figure of £63.8m.

Similarly the completion date has suffered slippage – with the latest ‘end of 2015’ target meaning a whole decade will have passed between the opening of part one and part two.

For fundraisers, staff, patients and parents today brings cause for real celebration – but only after a painstaking wait.