A review of payments in England to foster carers and special guardians has been urged after it emerged more than 300 Merseyside carers had been underpaid for years. 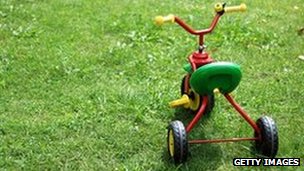 Its inquiry followed a complaint from a woman looking after her nephew.

The council said it accepted the report and was carrying out a review.

Investigations into the woman’s case by the LGO uncovered a wider problem in Liverpool area that affects 340 carers.

Inquiries began in 2010, when the complainant contacted the LGO to say the council had failed to recognise her nephew was a “looked-after child”.

The child was in her care following a domestic violence incident that left his mother in hospital and father in police custody.

As a result of the council’s mistake, she missed out on the “appropriate support and financial payments”, the LGO said.

She also complained that when she received a Special Guardianship Order for the child in 2012, the council should have paid her at the same rate as its foster carers.

Following the report, it was concluded the woman was owed more than £10,000 in backdated allowances.

The LGO has now urged other English local authorities to check their own procedures to make sure they weren’t “experiencing the same problems”.

Nigel Ellis, executive director for investigations at the LGO, said: “Many councils struggle to recruit carers to look after children who find themselves, for whatever reason, unable to be looked after by their parents, so it’s only fair that these people get the benefits and allowances they rightly deserve.

“These allowances are not ‘pay’ – they are used to clothe and feed the children being looked after.”

Liverpool City Council said it had taken action to remedy the fault and the complainant had already received the shortfall in payments.

She said: “We are clear that special guardians should be paid the correct rate and we are now carrying out an urgent review to make sure that both special guardians and foster carers are being paid appropriately.

“I have called for an investigation to find out how this situation came about and to ensure that nothing like this ever happens again.”

Permanent link to this article: http://operationfatherhood.org/family-law-public/foster-care/england-liverpool-city-council-owed-carer-10000-in-allowances/