Eight councils in England have failed new spot checks on child protection in the past six months. 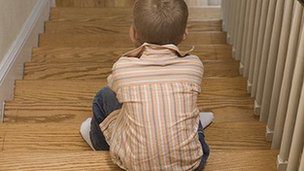 Between June and December Ofsted checked 23 local authorities previously rated “inadequate” or “adequate with significant weaknesses” in this area.

Ofsted says the inspections measure “how effectively children are helped and protected, the quality of front-line practice, and the effectiveness of leadership and governance”.

When the new no-notice inspections were announced last year, Ofsted said they would involve a team of inspectors spending about two weeks in an area, talking directly to children and their families about their experiences, as well as to front-line social workers and managers.

Inspectors also shadow social workers in their work with children and their families, and see how different agencies work together to protect children.

Several of the areas failing inspections have had high-profile cases of children being abused in recent years and months.

In Doncaster, investigations into the deaths of seven children found opportunities to protect some of them had been missed.

And in Rochdale, nine men were jailed in May last year for targeting and abusing young girls.

A spokeswoman for the Department for Education said: “Any failure in children’s services is very serious. We are actively working with all local authorities rated as ‘inadequate’ to ensure that they take the appropriate action.

“We will consider further intervention where there is concern that improvements are not being made quickly enough.”

Permanent link to this article: http://operationfatherhood.org/family-law-public/child-protection/england-eight-councils-fail-new-child-protection-spot-checks/