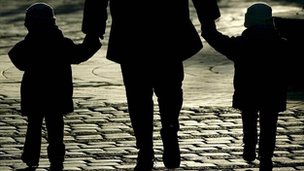 Child neglect should be taken as seriously as physical or sexual abuse because some cases will lead to death or long-term damage, a charity is warning.

The NSPCC says neglect was a factor in many recent cases where children in England died or were seriously injured.

It funded a study looking at the stories behind child deaths in the past decade.

The charity is calling for a “strategic approach” to tackle the problem.

The newly-published report, by the University of East Anglia, involved an analysis of 645 “serious case reviews” carried out in England between 2005 and 2011.

These inquiries are held where a child or teenager dies or is seriously injured and some kind of abuse, neglect or self-harm is suspected.

Of the 645 cases, 175 involved children who had been known to be at risk at some point.

Of these 175 children, 101 had been put on the child protection register because they were being neglected, the researchers said – a bigger number than for physical or sexual abuse.

Ruth Gardner, from the NSPCC, said: “This study is the first time anyone has looked behind the stark figures to try to understand the complex dangers of neglect.

I think there should be more attention given to neglect, because children are suffering and it damages their chances in life.

In one case I am involved with now, the three children do not always get brought to their primary school.

When they come, they look uncared for; their clothes are dirty and they smell. Other children tease them.

Two are very overweight. They say they have crisps and biscuits for their tea. The other, who is four, has terrible eczema which the mother is not treating. He looks like an old man.

In their home, there are animal droppings on the floor and no sheets on the beds. Social workers should be more pro-active. They turn up to see them but no-one answers.

“We now have clear evidence that neglect can lead to catastrophic harm as well as corrosive long-term damage to children’s well-being.

“Child neglect is just as serious as a child being physically or sexually abused, but many neglected children are falling through the child protection net.”

She added that a survey of social workers last year had shown they felt cases of neglect were the most likely to be downgraded or “fall to the bottom of the pile”.

Peter Connelly, known as Baby Peter, and Khyra Ishaq had both been neglected and mistreated before they died and in both cases the authorities were criticised for not being proactive and not acting on concerns.

Khyra Ishaq was seven when she starved to death in Birmingham, even though her school and neighbours had tried to raise the alarm. Her mother and her partner kept Khyra and five other children in their care locked out of their fully-stocked kitchen.

Neighbours had contacted social services to say they had seen the little girl poorly dressed in her garden, looking painfully thin.

The NSPCC says local authorities should each have an expert social worker to advise on child neglect cases.

It is also calling for better training and for public health campaigns to help professionals and the public to recognise neglect, as well as “targeted support” for vulnerable and troubled families.

Permanent link to this article: http://operationfatherhood.org/family-law-public/child-neglect/england-child-neglect-danger-underestimated/