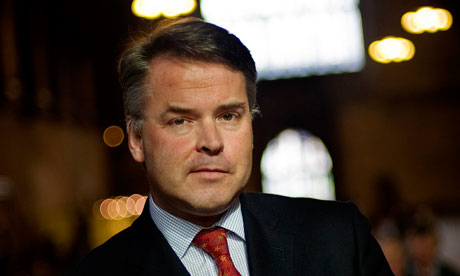 Legislating to ensure that both parents in a divorce retain the right of access to their children could cause severe problems in custody cases, according to the former Whitehall official who conducted a review on family justice.

David Norgrove, whose report was commissioned by the government and handed in last year, expressed dismay at comments made by the children‘s minister, Tim Loughton.

Loughton announced on Thursday evening that he was considering “all the options to help ensure that children can continue to have an ongoing relationship with both their parents after separation”.

He added: “There is a familiar picture in the UK of parental separation leading to thousands of children losing meaningful contact with the non-resident parent, usually the father.

“This issue affects the lives of hundreds of thousands of children and it would be negligent not [to consider all options]. It is also right that we continue to encourage fathers to take responsibility as equal parents and to be fully involved with their children from the outset.”

The government’s formal response to the Norgrove family justice report is due to be published on Monday. The government will pledge an extra £10m for mediation services in a bid to reduce the number of cases going to the courts.

A working group is expected to be formed to examine potential changes to the Children’s Act 1989 to embed the new rights.

Responding to Loughton, Norgrove, who chairs the Low Pay Commission, said: “The family justice system must deliver the best possible outcome for the children and families who use it, because its decisions directly affect the lives and futures of those involved and have repercussions for society as a whole.

“The family justice review panel thoroughly considered the issue of shared parenting and concluded the law should not be changed.

“If the government has decided to legislate, I regret that and it will be vital to find words that avoid the difficulties encountered in Australia.” The experience of the Australian courts was that a right to shared access for both parents caused long delays in custody cases, he added.

The pressure group Fathers 4 Justice has demanded equal rights of access for both parents, but the government has dismissed the possibility of granting equal childcare time for separated mothers and fathers.

Commenting on the expected changes, Desmond Hudson, chief executive of the Law Society, which represents solicitors, said: “Children are at the heart of family justice and their welfare must remain paramount.

“Delays in care cases amount to a national disgrace – children most in need of society’s care are being failed. The recommendations in the Norgrove review could contribute significantly to reducing these delays, if properly funded and implemented.

“The government’s response will be critical in ensuring that a balance is struck between improving efficiency in the courts, while ensuring that this is not at the expense of the welfare of children.

“The government response will come at a difficult time for the family justice system. Cuts in legal aid fees will mean fewer family lawyers available to help people; cuts in legal aid eligibility will mean more people going to court unrepresented, taking up huge amounts of court time, just when court staff and facilities are being cut dramatically – all leading towards more, not less, delay.”

More on this story

Ministers to look at changing rules to include ‘a presumption of shared parenting’, in biggest family law reform in 20 years

Divorced fathers to get more contact with their children

Permanent link to this article: http://operationfatherhood.org/family-law-private/uk-family-justice-report-author-criticises-plan-to-change-divorce-and-custody-law/