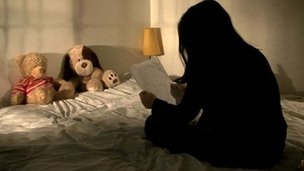 A two-year-old was among at least 250 children in the UK helped last year by a unit which tackles forced marriages.

The Forced Marriage Unit gave advice or support in 1,485 cases in 2012, although it is believed many other forced marriages go unreported.

The authorities can intervene when they believe there is a risk children under 18 may become victims.

The two-year-old is thought be the youngest victim at risk of a forced marriage in the UK.

The unit reported such cases to social services which has the responsibility for safeguarding children.

She added: “We provide advice and support to them, so that they know what the risks are around forced marriage to keep that child safe.”

Recent figures revealed that young people between 16 and 25-years-old are the most at risk of being forced into marriage.

One girl, Taz, refused to be married at 14 years old and is familiar with the trauma of being threatened with marriage.

Her parents attempted to force her into matrimony again once she turned 16 years old. She tried to take her own life before running away from home.

She said: “When you come of age they consider that you’re ready for marriage.

“I was homeless, basically on the street.

“I was terrified because I didn’t know anybody, I didn’t know what to do and what will happen but one thing I did know. I wanted to have my freedom, I was still a child.”

While there is a long-standing tradition of arranged marriages in Asian communities that have the consent of those taking part, forced marriages can involve kidnapping and physical and mental abuse.

Taz’s case came as no surprise to the Iranian and Kurdish Women’s Rights Organisation, which deals with more than 200 cases a year.

The group’s director, Diana Nammi, said in some traditional communities children are promised in marriage at a young age.

She said: “It is wrong because it is a decision made by other people for very young children.

“As a child they become a victim because of someone else.”

The Forced Marriage Unit’s report said there were 114 cases of forced marriage involving people with disabilities, and 22 cases involving victims who identified themselves as lesbian, gay, bisexual, or transgender.

The unit is a joint initiative between the Foreign and Commonwealth Office (FCO) and the Home Office.

Outside the UK, it works with embassy staff to rescue victims who may have been held captive and forced into getting married.

In the UK, it assists actual and potential victims of forced marriage, as well as professionals working in the social, education and health sectors.

The unit has also partly funded a new smartphone app designed to provide information about forced marriage with links to where potential victims can get help.

The free app has been launched in conjunction with the Freedom Charity which runs a forced marriage helpline.

Prime Minister David Cameron has vowed to stamp out the practice by introducing new laws which would make it a criminal offence in England and Wales.

Mark Simmonds, minister for consular policy at the FCO, said the government is “committed to bringing the legislation forward”.

He added: “The Home Office legislative drafters are working on it at the moment. We hope it will be brought forward in 2013 or 2014.”

Permanent link to this article: http://operationfatherhood.org/family-law-private/forced-marriages/uk-two-year-old-at-risk-of-forced-marriage/