USA – Conflict between couples rarely changes after marriage, according to new study 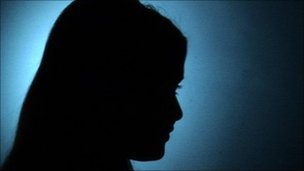 As well as young women, men have also been targeted in the region

The number of people involved in forced marriages in the Bristol area has risen “significantly”, police have said.

Avon and Somerset Police said there had been a noticeable rise in forced marriages over the past five years.

They said young people were often taken abroad in the summer and not “missed” until September.

Det Ch Insp Dave McCallum said only the “tip of the iceberg” was known and the scale of the problem was “not fully recognised” in the city.

The force said it was “difficult to provide specific figures” as each case was recorded differently depending on the circumstances.

But Det Ch Insp McCallum said he had dealt with cases in which marriage was used to “address the perceived moral decline” of behaviour and sexual victimisation and assault were common in such arrangements.

As well as young women, men have also been targeted in the region.

Ali, 20, not his real name, believed he was going on holiday to Pakistan when he found out he was due to get married.

“I ran downstairs, grabbed my passport and tried to do a runner, but because I’d never been there before I didn’t know where I was running to.

“It was a bit of a family dishonour, they were practically beating me up. I was put under house arrest or guard, anywhere I went.

“At the time I was thinking am I going to get out of this alive?”

“So much pressure is exerted on young men and women, the family honour and the fear of being ostracised and alienated from the family, so if you’re very young and you’re being forced into a marriage, what’s the alternative?

“There does need to be a lot more preventative work.”

Permanent link to this article: http://operationfatherhood.org/family-law-private/forced-marriages/england-forced-marriages-bristol-area-sees-significant-rise/