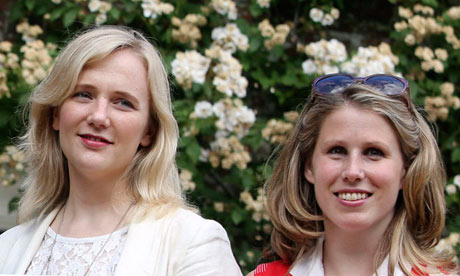 Stella Creasy and Caroline Criado-Perez, who will speak at a conference on tackling online abuse. Photograph: Chris Ratcliffe/PA

Online trolling against women is linked to domestic violence and abuse, experts have warned, and should not be dismissed as “obnoxious but harmless” behaviour.

Speaking before a conference on tackling online abuse, which will be attended by high-profile victims including the MP Stella Creasy and feminist writer and campaigner Caroline Criado-Perez, Polly Neate, chief executive of Women’s Aid, said the links between domestic violence and online abuse were too often ignored.

“It is critical that we make the link between this vicious online harassment and cyberbullying and real-life violence against women,” she said. “We need to understand that this is part of a domestic violence spectrum and we have to challenge this type of misogyny because it is the backdrop that allows that violence to take place.”

The “decimation” of domestic violence services was also leaving providers struggling to provide basic support to victims, and unable to tackle complex problems such as online abuse, she added.

Women’s Aid supports 350 services throughout the country. Its survey of 307 domestic violence survivors showed 48% had been harassed or abused online by their ex-partner once they had left the relationship and 38% reported online stalking. A further 45% were abused online during their relationship.

Three-quarters of women were concerned that police did not know how best to respond to online abuse or harassment, while 12% had reported abuse to the police and said they had not been helped.

The added pressure from online abuse on services to keep women safe comes during a difficult period for domestic violence charities, Neate warned. “We are seeing direct services decimated at a time when we need to invest in enabling them to respond to a new era. Greater access online is putting women at increasing risk of being tracked down by violent former partners – we live our lives online now and the structures in place to keep women safe in these spaces just haven’t caught up,” she said.

“Services are struggling to provide even basic care – how are they meant to cope with this new challenge? Services are being pared down to the bone and in danger of ceasing to exist at all.”

Criado-Perez, who will speak at the conference, said she felt a responsibility to push for change following the abuse she suffered after successfully campaigning to reinstate a woman on the back of an English banknote. “So many women got in touch to say they had been told not to ‘provoke’ attackers and thanked me for taking a stand,” she said. “You are told: ‘Don’t feed the trolls’ – but that gives no consideration to the victim. It’s about policing the reaction of the victim … telling women to shut up and that there is nothing they can do about it.”

She added that online trolling was the “vocalisation of a culture where domestic violence is still hushed up and not spoken about, a culture where two women can die a week at the hands of an abusive partner or ex-partner and it’s not even shocking”. Criado-Perez added that there was a lack of political will to tackle the situation. “It’s not just about addressing social media, it’s about tackling a deep-seated cultural problem, which takes time and financial investment – and this government is just not interested in that,” she said.

Creasy, who is also speaking at the conference on Tuesday, said the protocol for dealing with online threats and abuse needed a total overhaul. “If I received a bomb threat through the post, there is a protocol for dealing with that, but if I receive it online there is nothing in place,” she said. “We have to challenge this attitude that women just have to learn how to deal with these online threats, that they should be ignored.”

The MP for Walthamstow, who received repeated rape threats on Twitter and has called for the site to implement an online “panic button”, said the trolling had to be recognised as abuse. “Of course it’s distressing to receive these threats. I was told my attacker would fuck my dead corpse – it’s grim. If people want to create worry and fear then that is worrying. I want the police and other services to be able to understand the impact of these messages. I don’t want them to tell me how to learn to cope – I want to hear they are doing something about it,” she said.

She called for more training for police and more action from tech companies on threats. “Just because tackling this is difficult doesn’t mean we shouldn’t be pushing back. We have to say that this is not OK.”

Permanent link to this article: http://operationfatherhood.org/family-law-private/domestic-violence/uk-online-trolling-of-women-is-linked-to-domestic-violence-say-campaigners/