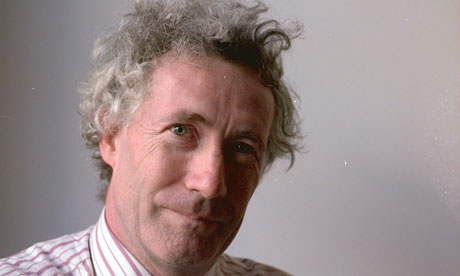 The main judgment was given by the most junior member of the seven-person court, Lord Sumption Photograph: Martin Godwin/guardian.co.uk

In allowing Yasmin Prest’s appeal, the supreme court has adopted the “third way” I suggested in my preview of her divorce claim earlier this week. The court held that seven investment properties in London were held on trust for Michael Prest’s former wife, even though they were owned by companies that were controlled by him. Those companies must now transfer the properties to her.

The judgment should mean she recovers at least some of the £17.5m divorce settlement to which she is entitled. However, Lady Hale sounded a note of caution in her ruling. There are various mortgages on the properties which will presumably have to be paid off in the event of a sale.

The good news for Yasmin Prest, though, is she can continue to live in the couple’s former home and receive the rents generated by the investment properties.

Although the court found in her favour, it did not overturn more than a century of company law. It resolved the dilemma I posed in my preview of the case by both enforcing the law and doing justice.

The main judgment was given by the most junior member of the seven-person court, Lord Sumption. As had been thought when he was appointed straight from the bar in 2011, he has proved the be the court’s workhorse, writing the detailed judgment and — we may assume — coming up with the device on which the ruling was based. The remaining six judges all agreed.

As Sumption explained in his oral summary of the ruling, Prest bought the family home in the name of a company that had no resources at the time. He bought it with his own money. The law presumes that the property was held on trust for the person who paid for it.

The same principle applied to seven investment properties. Although the evidence that Prest had paid for them himself was far from conclusive, he made no attempt to rebut it. “The court is entitled to draw all proper inferences against a party whose conduct shows that he has something to hide,” Sumption concluded.

In his written ruling, Sumption said that whether this rule would apply to other cases would depend on their facts. But he tentatively suggested that “in the case of the matrimonial home, the facts are quite likely to justify the inference that the property was held on trust for a spouse who owned and controlled the company”.

Family judges were entitled to be sceptical about properties bought by a husband’s company, he added. The arrangement might be a “sham to conceal the reality of the husband’s beneficial ownership”.

Yasmin Prest was represented by Jeremy Posnansky QC of Farrer & Co. As he told me after the ruling, the supreme court agreed with an argument that Lords Justices Rimer and Patten, in the court of appeal, had “rejected peremptorily”.

Posnansky added that the judgment “held no fears” for the directors of properly run companies or for company lawyers. The court had “analysed, refined and defined the law on piercing the corporate veil and made it clear that it can be pierced only in very rare circumstances”.

More generally, Posnansky said the decision meant that dishonest husbands could not “cheat their wives and flout court orders by hiding behind a web of deceit and a corporate facade”.

Yasmin Prest said it was more a case of satisfaction and relief than celebration. “None of this would have been necessary if Michael had been sensible and played fair,” she added.

Permanent link to this article: http://operationfatherhood.org/family-law-private/divorce-2/walesengland-supreme-court-chooses-the-third-way-in-prest-divorce-case/