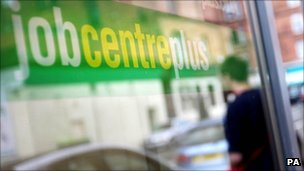 The jobless rate is now 8.4%, which means Wales continues to have the highest percentage of the four UK nations, say Labour Market Statistics.

The figures coincided with the closure of Newport department store TJ Hughes with the loss of 50 jobs.

The rise is 0.7% between April and June, although the total is 5,000 lower than in the same period last year.

“We are not complacent about the task ahead and have been dealing with an extremely choppy economic climate.”

Meanwhile, a south Wales valleys-based insurance broker has announced the closure of seven of its branches, with the loss of 10 jobs.

Motaquote will close offices in Cwmbran, Mountain Ash, Aberdare, Ebbw Vale, Neath, Treorchy and Risca due to a “loss in footfall”.

Five workers opted for voluntary redundancy and 30 were given new roles at the firm’s head office in Williamstown, Rhondda Cynon Taf.

But five head office roles were lost in the restructuring of the company, which was set up in 1991 and is part of nationwide group Cullum Capital Ventures.

Managing director Nigel Lombard said: “Unfortunately, due to the economic downturn it was no longer commercially viable to keep these branches open.”

Employment Minister Chris Grayling said the figures across the UK were disappointing.

Mr Grayling said: “Clearly this has been a difficult few months with a range of one-off factors and a slowdown in the world economy having an impact on the UK.

“This is why is we are focused on taking steps to increase growth, support the economy and encourage businesses to invest and create jobs.”

Permanent link to this article: http://operationfatherhood.org/dwp-department-for-work-and-pensions/welfare-benefit/wales-unemployment-in-wales-rises-10000-to-8-4/