UK – Parents who force their children into marriage face jail 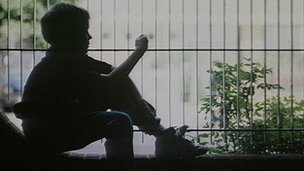 Over 6,000 children, young people and carers were questioned by the NSPCC

Children who witness violence in the family home are more likely to carry a weapon or seriously hurt someone else, a charity’s study has concluded.

The NSPCC said its survey found a clear link between violence in a child’s family and serious behaviour problems.

Children from violent backgrounds are twice as likely to be excluded from school, get drunk and fight, it added.

The charity is calling for social services to work more closely together to help families in need.

It also wants schools to look out for bad behaviour as a potential indicator of abuse at home.

The study concluded that children who have witnessed violence are three times more likely to take drugs, steal, spray graffiti or bully.

“Simply witnessing violence can cause trauma and distress to children that is so severe it can have a massive impact on their well-being and ultimately their behaviour,” the survey report states.

Over 6,000 children, young people and carers were questioned as part of the NSPCC survey.

Over half (56%) of children from violent homes displayed three or more kinds of disruptive behaviour while at secondary school, but the effects can also be seen in much younger children.

Five to 10-year-olds from abusive homes in the study were more likely to hit, slap or push other children, pick on others or break, damage or destroy someone else’s belongings.

Andrew Flanagan, chief executive of the NSPCC, warned that a child did not have to be a direct victim of violence or abuse to be affected by it.

He said: “The damaging impact of family violence on children’s behaviour and education is immense.

“These children are acting out their emotional disturbance by causing harm to themselves or others.

Children who witness violence (according to NSPCC study):

Mr Flanagan added that recent “pioneering research” showed that a child’s brain was damaged by witnessing or experiencing physical or emotional abuse at a young age.

“While this is not a determining factor, and does not in any way provide an excuse for poor behaviour, it does go a long way to explaining it.”

He is calling on the government and local authorities to “intervene early” in family homes where violence is reported, and provide therapy “for children who have been harmed by this abuse.”

“But by the time a child is in their early teens the damage can already be done and behaviour can spiral out of control.

“The cost of doing this is dwarfed by the costs, both in human and cash terms, of inaction.”

The NSPCC are introducing programmes of work across the UK, to help children who have suffered family violence and work with families to reform their behaviour.

Permanent link to this article: http://operationfatherhood.org/dwp-department-for-work-and-pensions/social-exclusion-welfare/uk-children-from-violent-homes-more-likely-to-hurt-others/