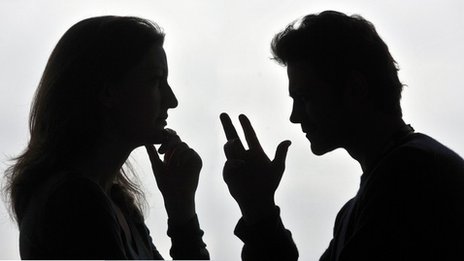 Thousands of letters are to be sent to single parents in Britain informing them of changes to their child maintenance arrangements.

The government wants parents to agree their child maintenance agreements “amicably” or face a charge.

It said the changes were necessary as the old set-up was costly for taxpayers.

But a charity said the changes could force some parents into “unstable” arrangements. 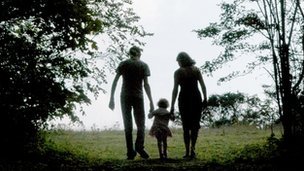 More than 50,000 letters have been sent out to single parents

Child maintenance is financial support that helps towards a child’s living costs when its parents have separated.

If parents split, maintenance should be paid to the person who takes care of the child on a day-to-day basis.

Under the old system many single parents used the Child Support Agency (CSA) to sort out maintenance payments, but ministers announced last year the CSA would be abolished.

A government spokesman said the old CSA was using an IT system that was “totally inadequate and notoriously riddled with defects”, and as such it was costing £74 million per annum to run in operating costs alone.

The spokesman added that the old maintenance system “took responsibility away from parents, encouraging conflict and hostility at huge expense to the taxpayer”.

In an effort to improve the situation the new replacement “Child Maintenance Service” has been gradually rolled out, which the government said is designed to act as a backstop for parents having trouble.

This week more than 50,000 letters are being sent out by the Department for Work and Pensions to parents in England, Scotland and Wales who currently pay and receive child maintenance through the old CSA.

Ministers want to encourage people to come to voluntary arrangements but if that is not possible – and the new statutory service is used – then both parties will be charged.

Under the new rules if an amicable arrangement cannot be reached the paying parent – usually the father – will have a 20% fee added to the maintenance payment, while the receiving parent will pay 4% to get the money.

The charges will be introduced later this year, and all single parents will be charged an upfront fee of £20 for registering with the new service.

However, the chief executive of the single-parent charity Gingerbread, Fiona Weir, said she was “concerned” by the reforms.

She said: “While many parents are able to agree private child maintenance arrangements, for many other parents, this just isn’t possible without government help.

“We’re very concerned that closing CSA cases and bringing in charges may deter some parents from making new child maintenance agreements or pressure single parents into unstable arrangements, and children will lose out on vital support.”

Source: Department for Work and Pensions

For further help and assistance with child maintenance parents can visit www.cmoptions.org.

Are you in receipt of child maintenance support or do you pay child maintenance? What’s your view on the new system? You can contact us by emailing haveyoursay@bbc.co.uk using ‘Child Maintenance’ in the subject heading.

Alternatively you can get in touch using this form:

Permanent link to this article: http://operationfatherhood.org/dwp-department-for-work-and-pensions/child-maintenance/uk-child-maintenance-parents-must-agree-or-face-fee/